India is known for its diversity in its diversity. India has always been a land where various religions and cultures represent one another. A variety of cultural structures can be seen across the country reflecting the country’s rich cultural heritage.

With so many religions here, India also has a rich religious background. One of India’s religions is Sikhism, the fifth-largest religion in the world.

The first Sikh guru, Guru Nanak Dev Ji played a very important role in religion as he was the founder of ‘Sikhism’.Guru Nanak Dev Ji always preached the message of ‘equality for all, regardless of religion, race, or gender.

The world celebrates the birth of Guru Nanak Dev Ji today, also known as Prakash Utsav of Guru Nanak or Guru Nanak Jayanti. It is celebrated annually on the day of the full moon in the month of Kartik, according to the Hindu lunar calendar – Kartik Purnima.

So here, we bring you some interesting facts about the first Sikhs guru – Guru Nanak Dev Ji 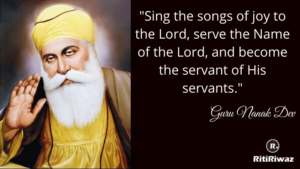 ” Beware of the Lord’s light amid all things, and do not consider a social class or a position; there are no stages or structures in the world after this “- Guru Granth Sahib Ji (Ang 349). 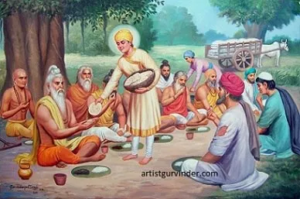 He was one of the most influential people in history

Guru Nanak Dev Ji traveled thousands of miles to spread God’s message of unity and purity. From his native Punjab, Guru Nanak traveled on foot to the Middle East, Europe, and East Asia. Accompanied by His loyal follower Bhai Mardana only, Guru Nanak is listed as a Mecca tourist and historic site in Tibet and Turkey for more than 20 years of travel.

In India during Guru Nanak’s time, women had very few rights. Widows were often burned alive as their husbands were burned and women were generally not allowed to remarry. Guru Nanak Dev Ji preached against this discrimination and sought to promote respect for women. 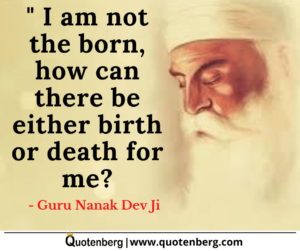 ” By a woman, a man is born; inside the woman, the man becomes pregnant; to a woman engaged to be married and married. A woman becomes her friend; by the woman, future generations come. When his wife dies, he wants another woman; a woman bound. So why did you call him bad? Kings come from him. By woman, a woman is born; without the woman, there would be no one “- Guru Granth Sahib Ji (Ang, 473).

Guru Nanak Dev Ji is revered in many different cultures and as a result, has been given various names. Afghanistan He is often referred to as Nakan Peer. He is also known as Nanak Rishi in Nepal, Father Nanak in Iraq, Nanaka-Chraya in Sri Lanka and Nanak Lama in Tibet. These are just a few examples.