What are 5 takhts in Sikhism?

It is a Persian word that denotes imperial throne. At now Sikhs identify five places as takes.

All are given below. Let’s check out all of them. 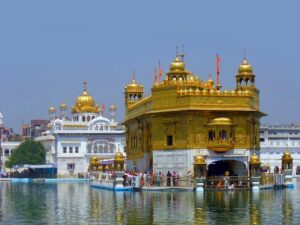 This one (Throne of the Timeless One) is the highest administrative and political institution of the Sikhs, established by the sixth Sikh Guru, Guru Hargobind in 1606. Situated in the popular Golden Temple Amritsar complex, this Takht is one of Five Takhts of Sikhs. This Takht is meant to be a sign of political justice and sovereignty, where the earthly and spiritual concerns of the Sikh individuals could be examined and addressed. 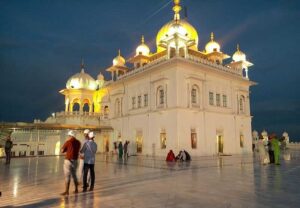 It is a popular temple that is situated right in heart of Anandpur Sahib and is amid the most highly Sikh institutions in the nation. In 1689, its foundation was put down, and the Khalsa Panth was born up here. on the holy day of Baisakhi in 1699, the beginning of Khande di Pahul by Guru Gobind Singh Ji occurred here. This holy shrine holds good importance among locals.

It has a glorious and rich history. The conquer armies did not have the potential to reach this place. It is one of the supreme seats of Takhats. It is sweet home to multiple memoirs and relics from the past, involving Guru Gobind Singh’s Khanda- the weapon that is double-edged and was utilized by him to prepare for Amrit, his knife- Katara, his gun that was presented to him by one devotee in Lahore, and the sword called Saif, that was presented to him by Bahadur Shah. 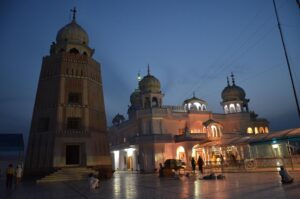 Situated in Bathinda, Punjab, in Sikhism, this is one of the 5 takhts. Takhts also denoted as Seats of Temporal Authority are godly places that hold great importance in Sikh tradition. The one in the talk is where the tenth Sikh Guru instituted and assembled the Sikhs Holy Book, Guru Granth Sahib Ji. This book is the only stuff that the Sikhs worship. Guru Granth Sahib Ji, the Holy Book which is the assembly of the hymns, preaching and teaching of Sikh Gurus and some other figures. 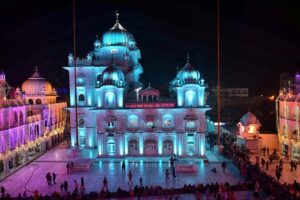 Harmandir Takht Shri Patna Sahib, infamous way familiar as Patna Sahib Gurudwara is one of the sacred pilgrimages for the Sikh community. Situated on the banks of the holy Ganga, this Gurudwara in Patna, Bihar was constructed celebrating the tenth Guru of Sikhs, Shri Guru Gobind Singh.

The Gurudwara is considered as the attraction of Sikhism in East India. This place is the second accepted and acknowledged Takht of all total Takhts of Sikhism, which denotes ‘seat of authority. ·A morning prayer denoted ardaas is being carried out here every early sunshine at 5:45 A.M and evening prayer at 6:00 P.M. The free food service or to say langar is provided here to all visitors and are also greeted to volunteer in langar services since it is faith to be an offering to Almighty.  The birth anniversary or Prakash Parv of Guru Gobind Singh Ji is observed in December every year which is the main attraction of this place. 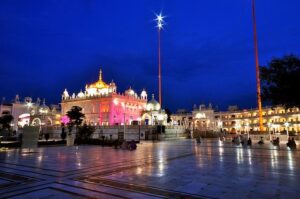 It is a sacred pillar that houses one of the five thrones of temporal authority. Also popular as Abchalnagar, Hazur Sahib is a celebrated location for Sikh Pilgrimage. This is where Guru Gobind Singh respire his last in 1708. The temple was constructed around the location where Guru Gobind Singh was ashed. The remarkable architecture of the temple is pretty like a treat to your eyes and so is the complex that increases around it on the River Godavari banks in Maharashtra. Every year, lakhs of thousands of devotees visit the temple or Gurudwara. What is creamier is that they welcome humans from each background with open arms. Therefore, its cool ambiance and flawless beauty do enjoy by travelers visiting Nanded.

What is the basic role of takhts?

Takhts are familiar to issue with hukumnamas from time to time on problems that concern the group. Akal Takht is of the highest-ranking as it is the oldest and was developed by a Sikh guru himself, say Sikh scholars and historians. Any order concerning the whole community is issued out only from Akal Takht. Also, it is from Akal Takht that Sikhs found to be violating the code of conduct are declared tankhaiya punishment depending on the degree of violation.