Which city is better to live in: Amritsar or Ludhiana or Mohali?

All three cities cannot be compared as all the cities are popular for various reasons. Here with Amritsar tourism being a historical city, it is known for its food, while Mohali is a pretty new city, here you do not face any issue in getting employment due to the big industry. Still, if you choose to live, you might choose Mohali as the new generation check out more career alternatives here.

But still, it depends on how you define good and in which factor 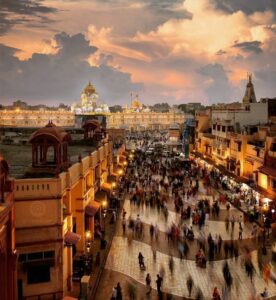 I have done some schooling from Amritsar. Yes the town forces you to expand your standard of living. The highest point is Amritsar was not made up some years ago, the city has a history line which speaks for itself, it is focus point of a complete religion, thousands of travellers visit the city daily. The infra of the place is that good, it is bit older but yeah societies and colonies are being establish in outskirts. If someone asks about schooling then Amritsar is no less than any other city, it comprises of some of the good schools in punjab. Amritsar is also household to Guru Nanak Dev Univ. which provides numerous courses. It is charm for foodies out there(though whole punjab is pleasure to foodies). Amritsar is definitely not an industrial hub though it comprises of few factories but cannot be considered hub. The city has a great well connection to the rest of country via air, road, and rail. Overall, Amritsar is like a dream city but also an ideal region for a middle class family to live in.

On the other side Mohali is nowhere lesser than amritsar but the city has no as such history of itself. The good thing to you living in mohali is it is adjoining to the attracting city of Chandigarh, there is nothing like a physical border between both and mohali is now being plan up as complementing to Chandigarh . Mohali is consider as a industrial hub, it has factories of all kinds, chandigarh now has an IT hub in manimajra zone. This is the biggest reason of humans getting shifted to Panchula, Mohali, and Zirakpur (the tricity). Mohali is also the hub to most of private colleges and universities namely Rayat Bahra, Chitkara, CGC, Chandigarh University, and many more and Chandigarh is home to Punjab University, PEC and UIET. Mohali is perfectly well planned city, cost of living is somewhat higher to as of Amritsar but yeah not that high for the middle class, one do sure way adjust as the development of city and other benefits justify the same. Connectivity wise, Mohali is pretty well connected to other chunks and Ambala is 40kms from Mohali (almost every rail coming and going from northen India passes through ambala)

Mohali is much more modernized than Amritsar. But if you need calm, peace then you try out living in Amritsar. As it is a holy place to live. 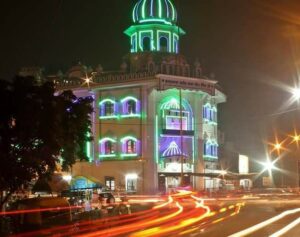 Home is where the heart is. And if you have your friends and family close to you, then life is pretty good in Ludhiana.