The Sikhs by Raghu Rai

Never before have the Sikh religion, manner of life, their modes of baptisms, their worship, culture, functions and rustic dances and their efforts to keep alive their marital traditions been more strongly captured by the camera or as clearly explained in words by India’s author Raghu Rai. There is a unusual collection of photographs taken by one of the nations best photographers. 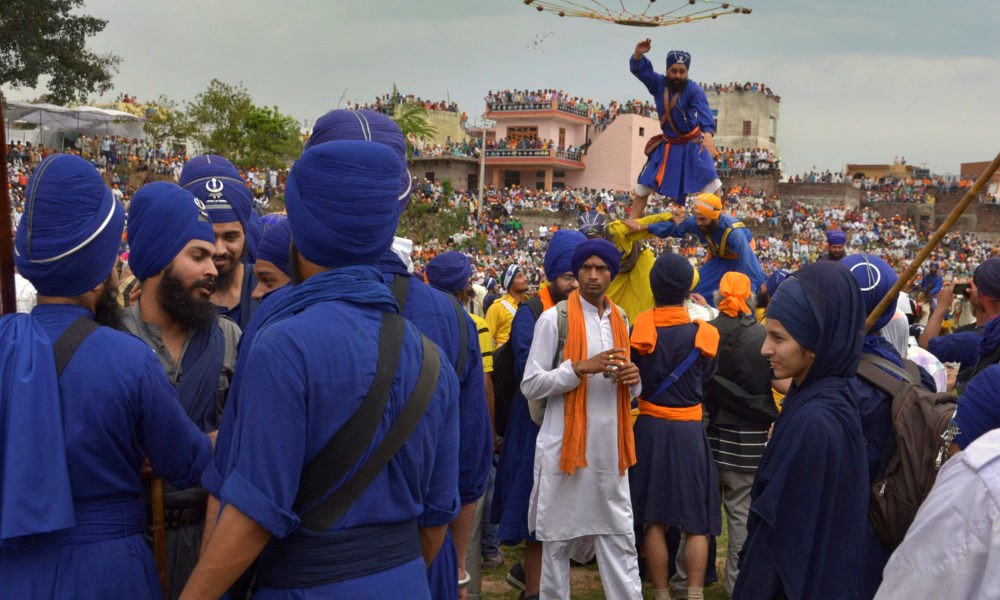 A deeply in thought and fascinating history of the Sikhs that is reflecting light on what they faith. This novel is about their sikh religion how it arised by Guru nanak dev ji, and certain matters are added, till initial sikh prime minister dr.manmohan singh rule in 2014.
In between pathway of Sikh gurus from warrior to being a spiritual one, being an fine leader like Jassa Singh Ahluwalia, to a leading king like Guru Gobind Singh the difference of caste system into Sehajdhari, Nirankaris and Namdhari and the role of sikhs in big battles against the dominating and powerful, political groups and faith, suffering and journey of sikhs from partitions pain and massacre of 1984 we all forgive but never forgotten. The history of religious dominanace from what it was to what it had become at present , from a blooming kingdom to drug addicts youngsters of today, religion has face it all, from agriculture to business sikhs dominate in every class and society after partition in 1947. Bigger Role of freedom fighters, there pathway towards india independence and there attitude of respond to government. Is all shown vibrant, carefully and bright. Even one love to read it then one must read it fully and try to identify it not just read it.

The early history about the origin of the faith is absorbing and captivating too and definitely worth a read for the chapters it holds for humanity.  It seems bit more kind of self-praising, Sikhs are shown to be ideal. It is nice to know the history and myths about Sikhs, but it is more like divine to learn about them.

I would suggested the novel to anyone who needs to get a usual understanding of the history timeline of Sikhism and its followers. Nice photographs showing some cultural instances of the religion. In the history of Sikhism, why sikh religion comes into the existence and describes the various incidents.