India’s one of the most important cultural groupings are Punjabi’s/Sikhs. They live their lives according to their own set of traditions and beliefs. They are a group of folks who enjoy having a good time and staying active. They are well-known throughout the world for their bravery and honesty. Their religious beliefs are founded on Guru Granth’s Adi Granth. Their spiritual beliefs are strong, and the warrior spirit is powerful. 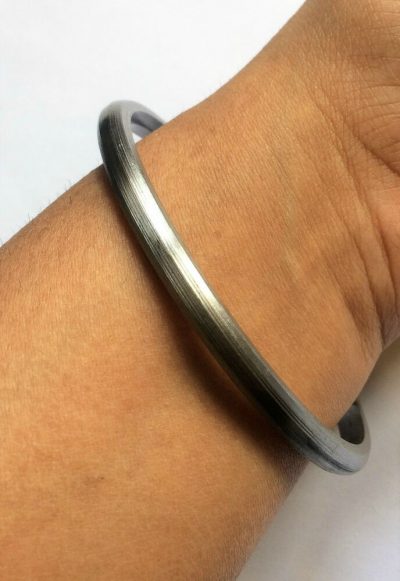 One of the five K’s is Sikh Kada. The Kada is worn by both girls and boys in order to communicate with God. Other religions, such as Hindus and Christians, also use the kada as a fashion emblem. Because of its beauty and significance of connection with God, Kada is immensely popular among various religions.

Any or all of the five necessary articles of the Sikh faith are referred to as kakar. The five Ks of Sikhism are named after the fact that the names of each of the five articles begin with the letter K.

Kacchera: Kachhera is a loose undergarment worn by Sikhs. Whether sitting cross-legged for devotion, performing seva, or practising in martial arts, the kachhera is designed for ease of movement while maintaining modesty. The kachhera, which Sikh soldiers wore in the past, enabling them to be more agile in battle or while riding a horse.

Kangha: The Kanga is a comb made of wood. Tangles are easily removed using a broad kanga. Sikhs comb their hair in the morning before fastening their turbans, and at the end of the day before going to bed. The kanga is usually tucked into the joora, or top knot, which is tied and wrapped into a bun beneath the turban.

Kara: A kara is a bangle made entirely of iron or a ring made entirely of steel that is worn on the right arm’s wrist. When battling with swords and other dangerous shastar equipment, the kara was traditionally used as a protective wrist protection by Khalsa warriors. The kara also acts as a visible reminder of the Sikh-Gurus relationship.

Kes: Kes is the Greek word for hair, and it refers to the hair that grows from the scalp. All face and body hair is considered kes by initiated Sikhs. Kes must be preserved in its entirety. This means a Sikh never cuts, removes, or changes his or her hair, face, or body.

Kirpan: An initiated Sikh wields a kirpan, a ceremonial short sword. The kirpan symbolises the Sikh warrior’s concept of defending the weak against tyranny, injustice, and forced conversion. Before any is consumed, a kirpan is touched to prashad and langar to bless and metaphorically give the strength steel of steel.

A symbol of gentleness and temperance. A mark of a Sikh’s connection to the Guru. It serves as a reminder that one should not indulge into a bad deed which might offend the Guru. God is symbolised by this sign, which has no beginning or end.

Kara needs to be made of Sarabh Loh i.e. Pure iron. A kara made of gold, silver, brass, copper, or one with grooves is not to be worn by the Khalsa. Guru Ji will only accept the Sarab Loh Kara. The Kara is a shackle placed on an individual by the Guru to remind them of their responsibility to God and to prevent them from committing sins. If someone tries to hit you with a sword on your wrist, the Kara protects you.

It describes their ability to battle against wrongdoing while being as impartial as the metal iron. Because the five Kakkars were introduced for the Khals fighter, it is thought that this Punjabi Kada will likewise provide protection from harm.

‘Kara’ can also imply strict, while the word ‘Kari’ can also mean shackle (Hath Kari). The bracelet on the right hand, when viewed from this position, demonstrates one’s discipline. That is, one is not free to do anything one wants, but must adhere to certain wholesome guidelines. “I discover complete freedom under wholesome limits,” a good Christian says.

This seems contradictory, but then again, so does much advice. The master sprinkled the elixir (Amrit) into the eyes of his followers to enable the Khalsa (True Followers) to obtain the heavenly vision because they were navigating between two dangers. To the extent that a person is accountable, he is free. Someone who is irresponsible will eventually get into trouble.

The bangle serves as a reminder to a Sikh that “battle” is the meaning of life, and that “success or defeat is in God’s hands.” It reminds a Sikh of Guru Nanak’s statement that “He is the doer of all, and man is impotent.” This attitude is continually recalled to the wearer of a bangle. What joy awaits the individual who entrusts the fruits of his labour to God! He’d never complain.

Sikhs recognise the value of the five Ks, even if many people choose to follow only a few of them.

Navigate to this page for more details about the Semrush pricing and features.