Things Not To Say to Sikh People

Sikhism is one of the newest world religions. It was founded in India in the 16th century. Sikhism is monotheistic, emphasizing the belief in a single, all-powerful God. Sikhism holds that displaying distinction or status based on race, class, or gender is unethical. One of the most essential cornerstones of the Sikh faith is universality and equality. A voluntary ritual baptism is an important aspect of religious practice for many Sikhs. It represented spiritual rebirth by participation in the “Five Beloved” Sikhs’ baptism ceremony, which prepares and administers immortalizing nectar to novices.

Sikhs wear five visual marks of faith, known as kakkars. Sikhs consider their religion and faith extremely seriously. Hence they would never accept any kind of misbehavior regarding their religion, faith, or anything related to it. So you need to be very calculative with what not to say to Sikh people that might offend them.

No naive comments on Turban

For practicing Sikhs, the turban is an integral part of their identity, and it is unthinkable to remove it. The turban serves a dual purpose: it covers and keeps a Sikh’s uncut hair in place, as well as it fulfills a spiritual function. 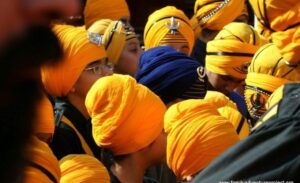 The turban is an element of faith, not just a religious symbol. The turban must be worn at all times and cannot be withdrawn. Symbols are nothing more than representations of real-world objects. The turban has religious connotations, but it is much more than that. The Sikh’s identity is expressed in the turban they wear. The turban isn’t like a hat in that it can’t be put on and taken off like a hat. Every day, it is tied with care. Also never refer to turban as a hat it is not as casual as caps or hats.

Several Sikhs wear turbans not just men but also women. Sikhs consider their turban as a crown offered by the almighty. If you ask them to remove their turban or to touch their turban then they would not like it so refrain from saying and doing such things. Since turban is an eternal part of Sikhs and shows their devotion and faith in their religion which they are very particular about so avoid any comments on it.

Never ask them to cut hair

In the Sikh religion, the Kesh (unshorn hair) is regarded highly and is one of the essential qualifications for a Sikh. Dishonoring one’s hair is a serious sin, and the offending Sikh is labeled a Patit, or apostate. A Patit is no longer considered a Sikh. So much so that a Sikh who dyes his Kesh or beard becomes a tankhahia, or religious offender, and his gifts at Sri Akal Takhat or any other Takhat are forbidden. Because of the Guru’s command to preserve the sanctity of the Kesh, Sikhs do not distort their hair from head to toe. Nothing else is important. 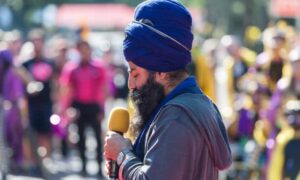 Hence you should never ask any men or women to cut their hair short or make fun of them as many women don’t get their eyebrows done nor do they opt for waxing and solis easily because of their respect towards their guru and faith which we must respect. And same goes for men as they also don’t shave their beards so don’t ask them to trim their beards. So never ask Sikhs to chop their hair off they will not like such statement.

Sikhs use head coverings because the bulk of the body’s vitality is lost through the head. The crown chakra, located in the upper center of the head, is a powerful energy center. When we are in the Guru’s presence, Guru gives us energy. That energy is holy, and when we preserve it, Guru’s energy lives in us, allowing us to enjoy the Guru experience. They cover their heads to help to maintain that energy. It’s also why they don’t shave their heads. Hair absorbs solar energy and works as an amplifier to the surroundings, enhancing our awareness and intuition. 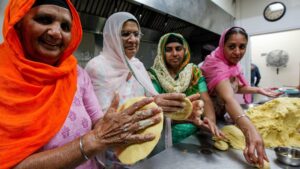 The input is the covered head, the process is the operating brain, and the result is the mind with a reverent sense. Such symbolic activities shape the brain, informing it that we are entering a no-nonsense environment in which the entity existing in the form of spiritual knowledge domain in Siri Guru Granth Sahib is far, far above all of us put together.

The visual impulses that the brain receives from witnessing the Sangat reinforce the previously trained brain in the very same direction, as do all those present in the Gurdwara. One of the many aspects listed above that prepare our brain for spiritual instruction is wearing a gurdwara turban.

So due to such great significance, you must enter the Gurudwara with a covered head to show your respect rather than questions about the same.

Don’t compare Sikhism with any other religion ever

Sikhism has been originated while Islam and Hinduism were two religions that existed in the majority of India half of which is Pakistan now. So people often presume that it has been originated from these religions or is similar to either Islam or Hinduism. Although there are certain things which might be similar in all the religions. But referring to all of them the same is something that won’t be liked by everyone. Sikhism originated just because Guru Nanak Ji and his followers were not fine with the ideology of other religions especially the equality among men and women. 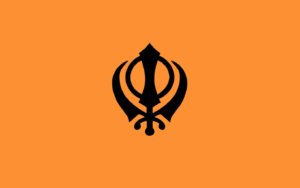 In Sikhism men and women people from all the castes are considered equal and no one is treated with less regard or respect. Such are the ideologies that set Sikhism apart from any other religion. So if you will tell any Sikh person that “Oh so Islam and Sikhism is same no?” or “Are you Muslim”. They might not like it. Not because they don’t like other religions it is just that they wear turbans and they are Sikhs just so they can be identified as different so if you regard them as something else they could feel offended.