The Sikhs – Between India and Pakistan

Sikhs are India’s 4th largest religious community, although they are caught in the middle of India and Pakistan, among Hindus and Muslims. The Indian subcontinent is home to a large number of Sikhs globally. Because of the tense relations between India and Pakistan following the partition in 1947, Sikhs from India have faced profound challenges in visiting their holiest places in Pakistan for generations.

Although India and Pakistan have had a tense relationship in the past, there is reason to be optimistic on one front. A “peace corridor” has been established between India and Pakistan to allow Sikh pilgrims from India to visit one of their holiest locations.

Despite continued rising conflicts, particularly in Kashmir, 73 years after their partition, India, and Pakistan have accomplished a commitment made 20 years ago: on the 550th anniversary of their particular religious founder Guru Nanak dev Ji, Sikhs in India can now cross border crossing to pay a visit to Guru Nanak’s burial site in Kartarpur, Pakistan, which is four kilometers behind the border.

The majority of Punjabis in Pakistan are Muslims, whereas Punjabis in India are Sikhs and Hindus. Sikhs are devotees of the Sikh religion who live in Punjab, India’s northern state. Sikhism is a moral monotheism integrating features of Hinduism and Islam. Nanak established it (1469-1539).

That although Sikhism’s fundamentals are nearer to Islam since it preaches monotheism, it is more related to Hinduism than Islam because it incorporates Hindi notions of karma and rebirth. 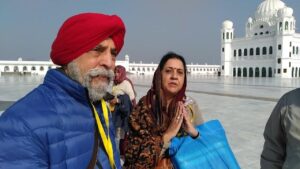 Sikhs suffered too much as a result of British India’s partition in 1947, when their spiritual and material homeland was divided into India, a predominantly Hindu country, and Pakistan, a predominantly Muslim country. Before it was formally announced in 1999, the Kartarpur corridor, which included a bridge over the river, had been discussed for about a quarter-century. The visa-free corridor offers significant benefits to the Sikh community as well as India-Pakistan relations. It’s easy to dismiss the magnitude of the new corridor, given that India and Pakistan have been unable to live peacefully together for the previous 71 years. Many chances for peace have been missed in the past.

How would I get there? 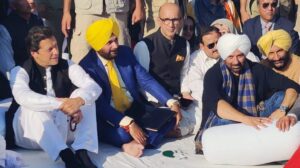 Cars can drive through the corridor, or individuals can walk along the four-lane highway; however, Indians who use the corridor must leave and return on the same day. Visitors will be processed at a newly constructed passenger terminal near the Pakistan border.

Police might call you to the police station for a general inquiry. Like your Date of birth address, the same has happened with a few visitors but it is just for security purposes nothing unusual.

Foreigners are not permitted to access the corridor at this time. Furthermore, there are no religious restrictions on Indian citizens using the corridor or visiting Gurudwaras.

How did it happen?

The concept came from a chat between Pakistan’s army chief, Gen. Qamar Javed Bajwa, and Navjot Singh Sidhu, an Indian Sikh politician and former cricketer, at Pakistan Prime Minister Imran Khan’s inaugural ceremony in August. Both officials accompanied Khan, as well as foreign embassies and Indian journalists, at a groundbreaking ceremony outside the temple on Nov. 28.

Khan reminded the gathering that Pakistan’s government, army, and political parties are all on the same page,” in an emotive plea for reconciliation. “We want to make progress.” Narendra Modi, India’s prime minister, and a staunch Hindu nationalist responded in kind. “Did anyone ever foresee the downfall of the Berlin Wall?” In a speech, Modi stated. “Perhaps, with Guru Nanak Devji’s blessings, this corridor will serve as a link between the individuals of the two countries.”

Years of deep-seated resentment, however, quickly encroached on the hopeful moment. Due to “previous commitments,” India’s foreign affairs minister refused to attend the event and instead sent two lower-ranking officers who are Sikhs. Although both Hinduism and Sikhism have a presence in India, Sikhs believe in a monotheistic god, whilst Hindus worship a multitude of human and animal gods.

Pakistan’s foreign minister accused India of using the situation for political gain. Mocriticizedsed his own Congress party for “letting Kartarpur go” in 1947, thereby isolating the temple from the rest of India. Khan claimed that the Indian media slandered his act as a publicity gimmick.

Given the increased bickering, many Pakistanis showed huge backing for the border having opened, saying they believed it would help to reduce the long-standing concerns that have kept neighboring armies on high alert and the threat of nuclear war looming over the region.

Supporters of Pakistan’s small Sikh minority, which once numbered in the millions before Partition but has since shrunk to around 30,000, were particularly ecstatic. Many people indicated they go to the temple at least once a year and that it occupies a special place in their hearts and minds.

A signpost in English, Urdu, and Hindi Sanskrit mark the way to the temple in Kartarpur, which is located along a rough agricultural road. The grounds are flanked by sugar cane fields, and the border is seen just beyond the horizon, where bulldozers are constructing the new road.

Govind Singh, a Pakistani Sikh, is in charge of the temple. He has lived in the temple premises since 2000 when it was rehabilitated after being closed since 1947. He is a wellspring of learning about Sikh history.

Singh claimed that all prior Pakistani administrations had honored the Sikh religion and that Pakistanis hadn’t ever treated Sikhs with the animosity that had tarnished their relationships with Hindus in the past. But, he claimed, even after the temple reopened, only approximately 15,000 Sikhs a year have been able to travel from overseas, including roughly 4,000 from India, due to the site’s remote location. “Sikhs all around the world are overjoyed.” We hope that the Kartarpur bridge will gather them all here.”