The movie “Nanak Shah Fakir” is based on Guru Nanak Dev Ji’s life and works. Nanak, who was born in 1469, toured the world to teach the ideology and mode of living of ‘Ik Onkar’ (there is only One Lord). A belief that has withstood the test of time and war, influencing millions of people worldwide and leading to the origin of Sikhism as a manner of living.

Guru Nanak spread his heavenly knowledge through mystic and soulfully almighty melodies during his lifetime. He sang to the Creator and imparted the qualities of peace, love, and harmony to us, regular mortals. Guru Nanak was called Nanak Shah Fakir because he was regarded as Shah by the Muslim community and Fakir by Hindus, the greatest distinction offered in both religions. Hence movie titled “Nanak Shah Fakir”.

Creating a religious movie in a society rife with restrictions and opposing views is a difficult task in and of itself. Before long, there are much too many laws and viewpoints on religion to allow the visual medium to portray history with artistic license. Harinder Sikka’s ‘Nanak Shah Fakir,’ a movie based on Guru Nanak’s moral teachings that have stirred outrage ever since the premiere, was later released in Haryana and other states, despite screenings in Punjab and Chandigarh being halted for 2 months. 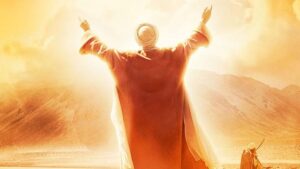 The film tells the story of Nanak, who was brought into the world by Hindu parents in the Punjabi village of Talwandi. Nanak’s elder sister Bibi Nanaki (Puneet Sikka) and local landlord Rai Bular (Adil Hussain) acknowledged his heavenly abilities from the hour he was born, but his accountant father did not. Nanak was dubbed ‘guru’ by his disciples because of his egalitarian and unselfish teachings (Sikhs).

Seldom do you find any Indian period pieces that are done on a grand scale and have a strong emotional core? But Nanak Shah Fakir is one such rare piece. Even if you have no curiosity about Sikhism, you should watch this film because of the substantial substance, enthralling locales, great production qualities, stunning photography, excellent performers, compelling narration, and hypnotic background score.

The background music is enthralling, owing to the collaboration of Oscar winners AR Rahman and Resul Pookutty. The cinematography is beautiful, and the locations are breathtaking. The shabads add a magical touch.

Besides a few prolonged moments, ‘Nanak Shah Fakir,’ directed by Sartaj Singh Pannu, is a must-see for the sheer link it makes with believers and non-believers, and also the impression of ‘oneness’ one gets upon exiting the theater hall. 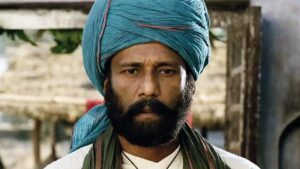 The film, which was painstakingly constructed, has this rare potential to connect with both believers and non-believers, and that is its brilliance. Remarkably, despite its theme, Nanak Shah Fakir does not sound sanctimonious or come across as a propaganda picture, thanks to a well-balanced storyline. It can inspire, elicit compassion, and touch a religious chord. Arif Zakaria merits special recognition for his outstanding performance as Mardana, Guru Nanak’s first disciple and loyal buddy. He also serves as the story’s narrator. While the picture is a clear victory in most categories, the film’s duration cannot be overlooked. The story is simply too long for people with low interest it could be exhausting.

The crew should be commended for completing a 140-minute story with just glowing back and side portraits of the Guru to play with. They deserve praise for functioning under a million limits to produce a well-photographed movie that assigns appropriate images to the Guru’s phases—his birth in Talwandi, work in Sultanpur, and 25-year Udasis (travels) in all four directions within a thousand limitations. This film partially succeeds in being just that impressive religious moving image aimed at both religious People and young adults.

The ultimate Sikh organization, Akal Takht, issued a ban on the film, claiming that it used human actors to portray Guru Nanak and other major Sikh characters (Bebe Nanaki, Bhai Mardana), violating Sikh teachings. Human actors were not allowed to play Sikh Gurus or their family members, according to a resolution passed by the SGPC in 2003. 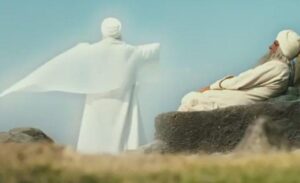 The Punjab government decided to oppose permitting the movie to be released. Resul Pookutty and Gurbani Media, the film’s producers, also petitioned the Supreme Court of India to authorize the release of the movie. The Supreme Court approved the film’s release, citing the Central Board for Film Certification’s certification.

It was a compelling film for both fanatical believers and non-believers, with nothing unpleasant or anti-Sikh. The cast and team should be applauded for completing a two-and-a-half-hour computer-generated film representing Guru Nanak. Despite censoring concerns and the little time they had to work on the biopic, the result is a well-crafted picture with outstanding performances. Owing to the imagery formed by shimmering silhouettes and ‘faceless’ side profiles, the Guru’s sermons will be seared in one’s memory.

The movie is largely a biography told in chronological order. The picture of Guru Nanak is made using CGI, but all other figures are portrayed by actual performers. The sets, costumes, and settings are all excellent. The cinematography is excellent. Perhaps the best feature of the picture is the soundtrack.

The plot is mainly a series of parables that would be informative to anyone unfamiliar with the subject. In

However, this is understandable when one considers how thoroughly and reverently the filmmakers approached the subject. Even though the film was made to appease religious sensibilities, it has become embroiled in controversy in India. In my opinion, the picture serves a very useful objective.