In the modern day era, while we are busy following the heroes of fiction movies and comic series, have we forgotten our real heroes? India is known for different cultures that rail back to centuries. Different civilisations prevailed in our country and all of them have different histories. Many heroes have laid their lives so that we can live without any worries. There are still men fighting for us on borders so that we can sleep peacefully. Today let us talk about a hero in the Sikh history who has left a legacy by his unmatched strength and power in the field of kingship. His name is Jassa Singh Ahluwalia also known as ‘Sultan-Ul-Qaum’. Jassa Singh Ahluwalia was a prominent Sikh leader born on 3rd may 1718 in a village called Ahlu, in the Lahore district of Punjab (modern day Pakistan). He was the supreme leader of the Dal Khalsa during the period of Sikh Confederacy. He was active at that time when the Mughals were ruling our country. 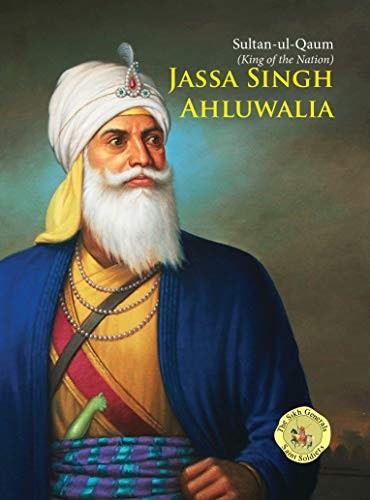 To know everything about him let’s get back in time and understand the scenarios going on at that time and the situations that led to the rise of Jassa Singh Ahluwalia. In 1733, Zakariya Khan Bahadur attempted to negotiate peace with the Sikhs as he was afraid of counting them as their enemies and offered them a Jagir which was in the form of a title ‘Nawab’ to their leader and an unimpeded access to Harmandir Sahib. After a meeting of the prominent leaders of Sikhs, Kapur Singh was named their leader and was given the title ‘Nawab’. This led to the formation of Dal Khalsa which further comprised of two groups, namely Taruna Dal and the Budda Dal. Sikh militias under the age of 40 years were taken into Taruna Dal and Sikh militias above the age of 40 years were taken into Budda Dal. The purpose of the Budda Dal was to look after the Gurdwaras and the Taruna Dal acted as combat forces. But the treaty of peace between the Sikhs and Zakariya Khan Bahadur was broken in 1935 and the Sikhs started to regroup in the Shivalik Hills. At that time Jassa Singh Ahluwalia took the command of Dal Khalsa. During his reign he even brought the Red Fort under the Khalsa Flag.

In 1739, when the Turkey’s ruler Nadir Shah invaded Northern India and defeated the Mughals at the battle of Karnal, Sikhs united under the leadership of Jassa Singh Ahluwalia made a plan to free the slaves that were being taken to Nadir Shah’s kingdom forcibly. Nadir Shah was attacked and all the slaves were freed from the chains of Nadir Shah and sent back to their families. Jassa Singh Ahluwalia was just 21 years old at that time. After that it was no looking back for him in the battle field, he proved his mettle in different areas. He was a natural leader and in 1748 he was pronounced as the successor of the ‘Nawab’ Kapur Singh. He was given the title of ‘Sultan-Ul-Qaum’ (King of the nation) by his followers.

Ahmed Shah Abdali invaded India 9 times between the period of 1747 and 1769. His repeated invasions weakened the Mughals in India. In the Third battle of Panipat, Shah with the help of Nawab of Oudh and Rohillas defeated the Marathas, who were controlling the northern part of India with the help of Mughals. Such a great conqueror like Shah was unable to fight with the Sikhs who were united under the leadership of the great Jassa Singh Ahluwalia. On 25 December 1763, Suraj Mal, who was the founder of the Jat state of Bharatpur, was killed near Delhi by Najibabad Ul Daulah. 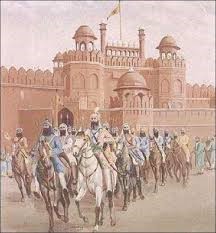 Suraj Mal’s son Jawahar Singh sought help from sikhs and they responded with an army of 40,000 Sikh forces under the command of Jassa Singh Ahluwalia. The Sikhs crossed Yamuna on 20 February 1764 and attacked the forces of Najibabad Ul Daulah. Najibabad Ul Daulah rushed back to Delhi foreseeing his defeat at the valiant soldiers of the Sikh army and the pressure of Mughals on Bharatpur was relieved. Najibabad Ul Daulah suffered another defeat at the hands of the Sikh army under the command of Jassa Singh Ahluwalia after a battle at the trans Yamuna area at Barari Ghat, 20 km North of Delhi.

He again ran to the Red Fort on 9 January 1765 and within a month Sikhs again defeated Najibabad Ul Daulah again in Nakhas (Horse Market) and in Sabzi Mandi. After that Najibabad Ul Daulah never interfered with the Jats of Bharatpur as he was afraid of Sikhs. Jawahar Singh also engaged 25,000 Sikh forces under the command of Jassa Singh against the Rajput Raja of Jaipur in the battle of Maonda and battle of Kama and was defeated in both, later the Rajput ruler made peace with the Sikh General. 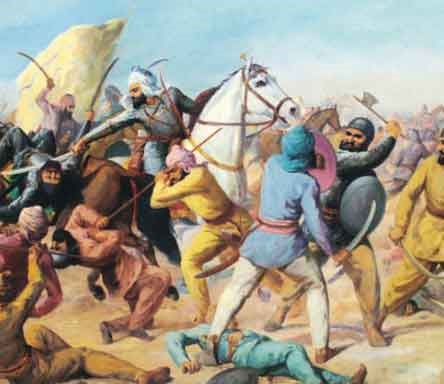 After the defeat of Nur-Ud-Din-Bemazai, General of Ahmed Shah Abdali at the hands of sikhs in 1762 under the leadership of Jassa Singh Ahluwalia, the king of Lahore, Ahmed Shah Abdali set out to take revenge from the Sikhs for the defeat of his General. The troops of Ahmed Shah Abdali in number of around 40,000 fought with civilian Sikhs in the Battle of Kup on 5th February, 1762. They launched a surprise attack on the Sikh camp which had only 5,000 Sikh warriors, rest were civilians. These Sikh warriors fought bravely and formed a human shield around the Sikh civilians.

However, Abdali’s troops were able to break the shield and carried a full scale massacre of the Sikh civilians. In a fresh Afghan invasion forces of the Afghan ruler reached Malerkotla and attacked an army of 20,000 Sikh soldiers guarding 40,000 civilians. The Afghan troops were nearly 1,00,000 in number. They killed 10,000 Sikh soldiers and massacred 20,000 civilians. The news spread like a wildfire and all the Sikhs united against the Afghan ruler to take revenge against the killings of innocent Sikh civilians. The battle of Amritsar was fought in 1762 and Abdali after foreseeing his defeat offered a peace treaty to the Sikhs but the Sikhs denied the peace treaty and insulted the Afghan ruler, who in turn left the battlefield and fled to his kingdom. All this was under the leadership of Jassa Singh Ahluwalia.

He has left a legacy of himself and people remember him as a great warrior and supreme leader of that time who had a vision for his people and was always ready to help any of his kingdom friends at their time of need. He was a great fighter in the battlefield and people who saw him fighting in the battlefield describe him as a mountain. He bore thirty-two battlefield scars which were of swords and bullets on his body. He was naturally giant and his diet consisted of breakfast of one kg of flour, half kg of butter, one bucketful of buttermilk. 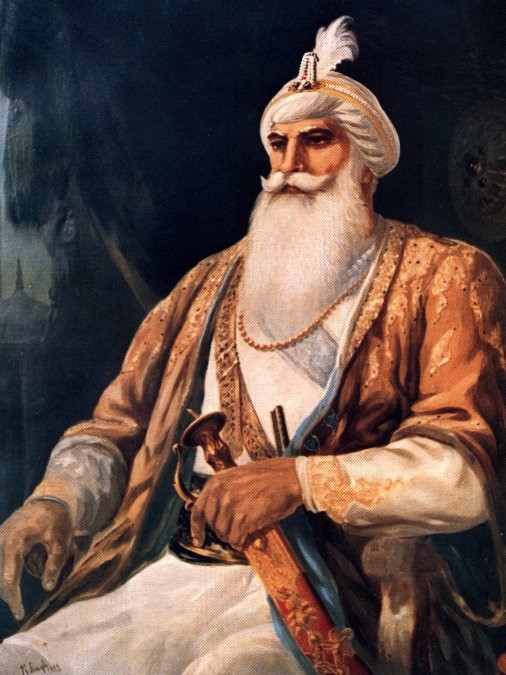 He was a devotee of Guru Gobind Singh Ji and followed his principles. The kings of different terrains bowed down to him and he bowed down to his Guru. The rajas of Nalagarh, Jammu, Kangra hills and Bilaspur touched his knees. Many books have been written on him like the one originally written by Dr Harbans kaur Sandhu and translated to English by Sarbjit Singh Cheena.

It is high time that we leave behind comic heroes and movie stars and start idolizing these real heroes if we want to give our children a good future and want to inscribe different values of valour and courage in them. We have to teach our future generations ethics and moral values of life which we can teach them by giving examples of our forgotten heroes. Sometimes words are not enough to tell the tale of our heroes who have done so much for us in the past but still we have no place for them in our hearts or not even in our history books, leave aside books we don’t even hear their names from our elders or even in some village programmes. So we have to take the initiative and make them famous again!