Guru Nanak Jayanti is one of the most important and beautiful festivals of the Sikh community and is widely celebrated around the world with religious zeal. This year, the grand celebration of the 552nd anniversary of the birth of Guru Nanak Dev will take place today, 19 November.

Guru Nanak Jayanti or Gurpurab is celebrated during the delightful Kartik Purnima, 15 days after Diwali. Guru Nanak Dev was the first of ten famous Sikh gurus to help shape Sikhism culture and heritage. It is believed that he brought enlightenment to this world and that his teachings were recorded in the Gugu Granth Sahib (Sikh holy book).

On this day, devotees around the world offer prayers and recite verses from the Guru Granth Sahib. Starting with the ‘Akhand Path’, the Gurdwaras also repeated many hours, non-stop verses.

Guru Nanak Dev Ji Gurpurab, also known as Guru Nanak Prakash Utsav, is celebrating the birth of the first Sikh artist, Guru Nanak.One of the most famous Sikh gurus and founders of Sikhism, Guru Nanak Dev is highly respected by the Sikh community. This is one of the most sacred ceremonies in Sikhism or Sikhism. Celebrations in the Sikh religion are around 10 years since the Sikh Gurus. These Gurus were responsible for shaping the beliefs of the Sikhs. Their birthdays, known as Gurpurab, are occasions for celebration and prayer among Sikhs. 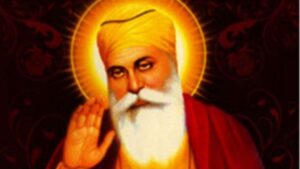 Guru Nanak, the founder of Sikhism, was born in the Katanak of Puranmashi in 1469, according to the Bikrami calendar in Rai-Bhoi-di Talwandi in the present-day Shekhupura region of Pakistan, now the Nankana Sahib. It is a holiday published in the Indian Gazette. According to the argument Bhai Bala Janamsakhi, Guru Nanak was born in the full moon (Pooranmashi) of the Indian Lunar Moon Kartik. Sikhs celebrated Guru Nanak’s Gurpurab around November for this reason and are deeply rooted in Sikh culture. Kabir Saheb was the Guru of Guru Nanak dev Ji, whom he met on the Bein River in Sultanpur, Punjab.

However, some scholars and organizations believe that a Birthday Party should be celebrated in Vaisakhi, which falls on April 14 according to the first calendar The Nakanakshahi calendar was passed by Sri Akal Takht in 2003. However, many individuals and organizations would like to observe a traditional day. by celebrating the Full Moon Day (Pooranmashi or Purnima) of the Kartik Moon. The first Nanakshahi calendar follows the tradition and celebrates Kartik Purnima due to the needs of various Sikh saints.

Guru Nanak Dev preached that anyone can connect with God by worshiping with a clean conscience. He forbade rituals such as animal sacrifices. His teachings are incorporated into Guru Granth Sahib.

The celebration is often the same for all Sikhs; only the psalms are different. Celebrations usually begin with Prabhat Pheris. Prabhat Pheris is a morning procession that starts in Gurudwaras and continues to the locals singing songs. Usually, two days before his birthday, Akhand Path (no more than forty-eight hours of reading the Guru Granth Sahib, Sikh holy book) is held in Gurdwaras.

On the day before the birthday, a procession, called the Nagarkirtan, is organized. The procession is led by the Panj Pyaras (Five Lovers). They lead the procession carrying a Sikh flag, known as the Nishan Sahib and Palki (Palanquin) of Guru Granth Sahib. They are followed by groups of singers who sing hymns and devotees singing choruses. There are brass bands playing different songs and ‘Gatka’ bands show off their sword art with a variety of martial arts and humorous battles using traditional weapons. The procession flooded the city streets. The corridor is covered with banners and gates are decorated with flags and flowers, for this special occasion. Leaders spread Guru Nanak’s message.

On Gurpurab Day, celebrations start/start very early at about 4 to 5 p.m. This time of day is called Amrit Vela. The day begins with the singing of Asaa-Ki-Vaar (morning songs). This is followed by any combination of Katha (text description) and Kirtan (songs from Sikh texts), in honor of Guru. Next is Langar, a special community lunch, organized in Gurudwaras by volunteers. The idea of ​​a free public lunch is that everyone, regardless of gender, class, class, or religion, should be served with spirit food (service) and bhakti (devotion).

Night prayer times are also performed on other Gurudwaras, starting at sunset with the recitation of Rehras (evening prayer), followed by Kirtan until late at night. The congregation begins singing Gurbani at about 1:20 am, which is the exact time of Guru Nanak’s birth. The festivities reach their climax at 2:00 am. Guru Nanak Gurpurab is celebrated by the Sikh community worldwide and is one of the most important festivals in the Sikh calendar. Celebrations are colorful especially in Punjab, Haryana, Chandigarh, and many other places like parts of Pakistan and England. Even some Sindhi celebrate the festival.o celebrate this wonderful day, the Punjab government has announced that it will introduce the most dedicated seats in the Most Holy at 11 universities. The announcement was made on November 11, 2019.

This is one of the most beautiful Sikh festivals and falls on the day of Kartik Purnima according to the lunar calendar.

Sikhs believe that Gugu Nanak brought enlightenment to the world through her teachings, which are now recorded in the holy book called Guru Granth Sahib. This year’s Guru Nanak Jayanti celebrations will mark the 552nd birthday of Guru Nanak Dev.

A procession called the Nagarkirtan, a five-person procession also known as the Panj Pyaras, was scheduled for the day before Guru Nanak Jayanti. In the process, five people lead a procession where they hold a palanquin holding a sacred book. In addition to carrying the sacred Gugu Granth Sahib, one person also carries the Sikh flag, known as the Nishan Sahib.

Volunteers visit Nanaka Sahib on this day to pay homage to Guru Nanak. In Gurudwaras, a morning procession is held. Later, Akhand Path, a continuous reading of the Guru Granth Sahib was held for 48 hours in Gurudwaras during the time of Guru Nanak Jayanti.

After paying taxes and worshiping, the devotees prepared langar, a popular Sikh food, made for everyone present in Gurudwara.

Guru Nanak Jayanti festivals end with honoring Guru Nanak Dev by remembering his teachings and celebrating his legacy. Jayanti was marked with a Gurbani session, referring to the repetition of Guru verses.