To get updates regarding your community, religion, country, or even states we all head up for news channels. Although finding unbiased and reliable news channels is quite a task in itself. Especially if you are always at work but want to keep an eye on the news as well. In your language Punjabi we got this amazing excerpt of top Sikh news channels. All the mentioned channels are available online on YouTube so it doesn’t matter if you are at home or outside you can watch the news on your smartphone only. Let’s have a look at 10 online Sikh news channels: 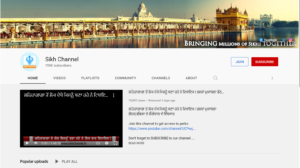 Sikh Channel is a community television station founded on the Sikh faith’s beliefs, however, programming is available to both Sikhs and non-Sikhs. The channel’s main topic and goal are to bring communities together via the global message of the Sikh faith. With a strong dedication to intra-faith, Sikh Channel serves as a conduit for increasing participation and interest in the local community, as well as improved understanding amongst all faiths. 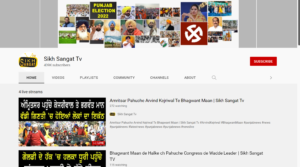 Sikh Sangat TV is yet another Sikh news broadcasting channel with a huge number of subscribers and audiences that watch this channel. With 409k subscribers, Sikh Sangat Tv is amongst the leading and trusted channels you can find all the updates of Punjab and Sikh-related topics also religious videos are uploaded on this channel. Currently, the Elections of Punjab is the hottest topic. Hence, you can find all the updates regarding the Punjab elections on Sikh Sangat TV. 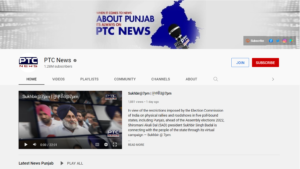 PTC NEWS, the most popular Punjabi news channel in the globe, is the most sought-after repository of all news about Punjab, Punjabis. The channel is devoted to Punjab’s essence and tradition, providing authentic updates on current Punjabi events, news, events, and individuals of interest to Punjabis around the world. In Delhi and Mohali, as well as Toronto, New York, and London, the channel has state-of-the-art production studios. 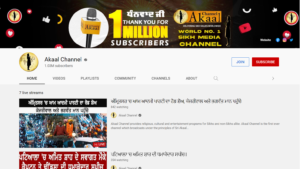 The Akaal Channel, which has been broadcasting in Punjabi since September 2013, takes satisfaction in achieving its primary goal of “Delivering Sikh Values Worldwide.” Akaal Channel is a free-to-view media source situated in the United Kingdom that can be found on the Sky 770 platform.

Akaal Channel is a non-profit media organization with no ties to corporations, organizations, or politicians. It is condemned by a specific one-sided population for reporting only one side of any news story or for supporting one thought process while demonizing another. 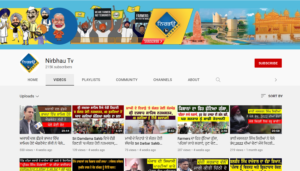 Nirbhau TV is a growing YouTube channel with 215k subscribers. The best part about this channel is that everything is in Punjabi both written and delivered so if you are someone who doesn’t like to watch the news in any other language this channel is perfect for you. This channel provides you with all the updates of Punjabis, Sikhs, and Punjab all around the world. So you don’t are any updates you can switch on the notifications for all the news updates. 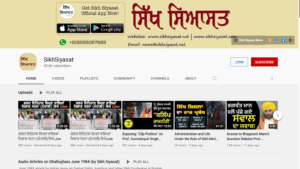 In 2006, Sikh Siyasat started its variety website www.sikhsiyasat.com to provide videos and first-hand information about events in Punjab. 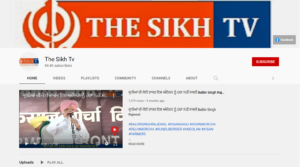 Sikh TV is a major digital channel that has been released on the internet all over the world. The channel offers new programming for all ages, from children to adults. Day and night, a group of Sikh visionaries is working hard to develop a channel that the Sikh country can be proud of.

They believe in the concept of Miri and Piri, in which our programming not only focuses and channels its energy on politics, as other channels do but also on inner spirituality and going to the roots of our magnificent Sikh faith, which distinguishes it from other platforms. 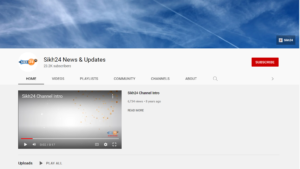 Many news websites and portals cater to the needs of the Sikh Sangat, but there hasn’t been a bridge connecting reporters and news outlets to the Sangat. The Sikh community is confronted with challenges from all sides, and as a result, many essential issues are pushed aside in favor of the next crisis or story.

This narrative has been told many times, leading to the creation of Sikh24.com. Sikh24.com is a news portal that does not function under sole proprietorship authority. Rather, through a non-profit seva based organization, the goal is to give a forum for all members of the Sikh community to come together as reporters to bring attention to happenings from their local community that they are interested in. 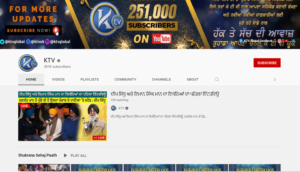 KTV is the UK’s newest and most exciting new television channel, featuring a diverse selection of cultural, educational, and entertainment programming for a wide range of audiences, and this channel is known for being independent, unbiased, and truthful. Using the most up-to-date broadcast equipment, this channel presents only the greatest programming. Diverse and High-Quality Programs, Promoting Heritage and Positive Lifestyles and Supporting All Community Events are some of our goals and services. 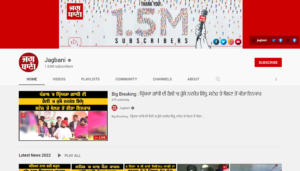