Shhubdeep Singh Sidhu (11 June 1993 – 29 May 2022), better known by his stage name Sidhu Moose Wala, was an Indian singer, rapper, songwriter, actor, and politician related to Punjabi music and Punjabi cinema. He began his career as a lyricist for Ninja’s song “License,” then he debuted as a singer in the duet “G Wagon.” After his first appearance, he collaborated with Brown Boyz on various songs released by Humble Music.

Moose Wala has received a lot of attention with his song “So High”. His debut album, PBX 1, debuted at number 66 on the Billboard Canadian Albums chart in 2018. Following the release of the album, he began publishing his tracks on his own.Sidhu Moose Wala’s 2019 single “47” was added to the UK Singles Chart list. In 2020, Moose Wala was nominated by The Guardian among 50 emerging artists. His 10 songs have charted at the top of the UK Asia charts, with two of them being number one. On the YouTube music chart, his song “Bambiha Bole” was in the top five. In 2021, he released Moosetape, tracks from charts around the world including charts for the Canadian Hot 100, UK Asian, and New Zealand Hot. 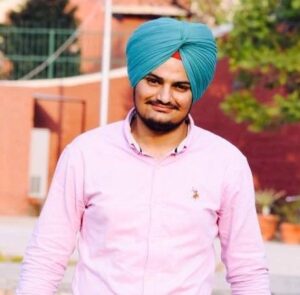 Sidhu Moose Wala was known for his controversial song style, often promoting gun culture while challenging religious ideas as was the case with Mai Bhago, a respected figure in Sikhism. In promoting the culture of shooting and the use of dramatic words in his songs, he has encountered legal issues.. Since 2022, there have been four ongoing cases pending against him. Moose Wala was a member of the Indian National Congress and successfully ran in the 2022 election of the Punjab Legislative Assembly from Mansa.

On May 29, 2022, he was shot by unidentified assailants. He was traveling in his car and did not pick up two security guards assigned to him by the government or his ammunition vehicle. A Canadian-based gangster, who works in Punjab, says he is guilty of murder. According to an initial Punjab police investigation, the incident took place as a result of a criminal dispute. Punjab Prime Minister has announced a legal inquiry into his death.

Shubdeep Singh Sidhu hails from the village of Moosa in the Mansa region of Punjab, India. He was born into a Sikh family, father Balkaur Singh and mother Charan Kaur. He studied at Guru Nanak Dev Engineering College, Ludhiana, and graduated with a degree in electrical engineering in 2016. Moose Wala was admired and influenced by rapper Tupac Shakur. He started listening to hip-hop music in grade 6 and learned musical skills at Harvinder Bittu in Ludhiana. According to statements he made during the campaign, he chose the name “Moose Wala” as his stage name in honor of his native Moosa. 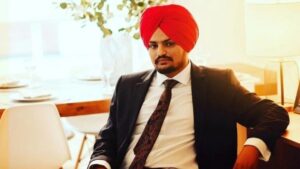 After graduation, Sidhu Moose Wala moved to Brampton, Ontario, Canada. He released his first song “G Wagon” while living there. In 2018, he began performing live gigs in India. He had previously made plans in Canada. In 2017, Moose Wala broke through with the song “So High,” a gangster rap collaboration with Byg Byrd. The song earned her the Brit Asia TV Music Awards’ Best Lyricist 2017 prize. Songs like “Issa Jatt,” “Tochan,” “Selfmade,” “Famous,” and “Warning Shots” helped him maintain his popularity. He was nominated for the Best New Age Sensation category at the 2018 PTC Punjabi Music Awards for “Issa Jatt.” In August 2018, he released his first song for the film titled “Dollar”, for the film Dakuaan Da Munda. Moose Wala’s debut album, PBX 1, was released in October 2018 with a pop music focus. The album is included in the Canadian album chart. Won Her Best Album Award at the 2019 Brit Asia TV Music Awards, where Moses Wala also won Track of the Year for “Legend”, Best International Male Act, and Best Lyricist. 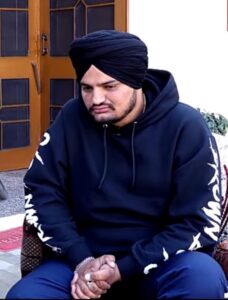 In 2019, Siddhu Moose Wala launched a record label for his name and released several tracks on the recording label. “Sidhu’s Anthem,” “Mafia Style,” “Poison” (joint with R Nait), “Sohne Lagde,” and “murder” are among the albums released. Also, he released “Boot Cut”, with Prem Dhillon as producer. In June 2019, his concert at the Surrey Music Festival was canceled due to the violence of Sidhu Moose Wala’s previous performances. His single “47”, starring Mist and Stefflon Don was one of the top 20 singles on the UK Singles Chart. The song was also included in the New Zealand Hot 40 independent song chart. The song “Dhakka” by Siddhu Moose Wala brought the year to a close. In the year 2019, Spotify put him on the list of the most popular artists in Punjab, along with Maninder Buttar and Karan Aujla.

In 2020, he starred in “Old Skool”, sung by Prem Dhillon. The song was followed by “Tibeyan Da Putt”, which tops the iTunes charts and is ranked 8th on the Apple Music charts in India. The song was followed by various songs, including “911” and “8 Cylinder”. Moose Wala announced his second studio album, Snitches Get Stitches, on his Instagram account in May 2020, and it was released the following day. Siddhu Moose Wala released her song “Dear Mama” during a celebration of her mother’s birthday in the same month.In June 2020, he collaborated with Amrit Maan on the song “Bambiha Bole”, which first appeared at number 25 in India and 81 in Canada on the Apple Music chart. Its music video received over 10 million views in just 24 hours. The song was a smash in India and reached the top 50 on the Apple Music list in Canada and New Zealand.Top of the charts in UK Asia, it also ranked in the top 5 on the YouTube YouTube charts. 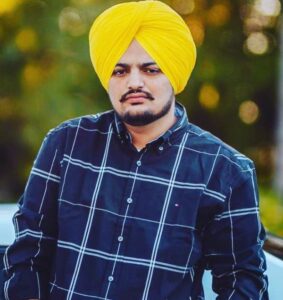 Sidhu Moose Wala was shot dead in his car on May 29, 2022, in Jawaharke village in Mansa district, by unknown assailants. According to police, the killings were sparked by a gang rivalry.

He left his house with his cousin Gurpreet Singh and neighbour Gurwinder Singh at 4.30 p.m., according to authorities. Siddhu Moose Wala was driving his black Mahindra Thar SUV, and his father was following him in a different car. She was going to her aunt’s house in Barnala. At 5.30 pm when the SUV arrived in Jawaharke village, two other vehicles grabbed it and stopped it. Thirty rounds of shots were fired during the incident and two other men were injured. With his shotgun, Sidhu Moosewala also fired at the intruders. After the shooting, the attackers left the scene. Moosewala was taken to a public hospital in Mansa by his father, where he was pronounced dead. 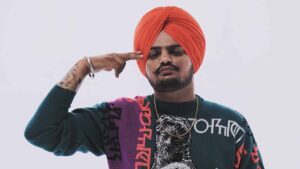 Sidhu Moose Wala was among 424 people, whose police safety was reduced or eliminated yesterday, in preparation for Operation Blue Star, leaving him with only two commandos, compared to the previous four. Instead of his automobile guarding bullets and police commanders, Moose Wala was travelling in his private car with two individuals at the time of the event. According to his friends, Sidhu Moose Wala did not go with him as his Thar SUV, which he chose to drive, could accommodate five people.