Why is Guru Teg Bahadur known as ‘Hind di Chaadar’?

On April 1, 1621, Guru Tegh Bahadur Ji was born. He is also regarded as the “Indian Shield,” or “Hind di Chadar.” Aurangzeb might have succeeded in turning Kashmiri Pandits towards his own religions if it hadn’t been for his gallant sacrifice. Iftiqar Khan, the Viceroy of Kashmir, had received an order from Aurangzeb to transform the overall community of Kashmiri Pandits about his own religion. He predicted that the wholesale conversion of Kashmiri Pandits will not only persuade but also compel the majority of the nation to fall into line. The appearance of Sacred Threads or Tilaks on either of Aurangzeb’s subjects was intolerable to him. 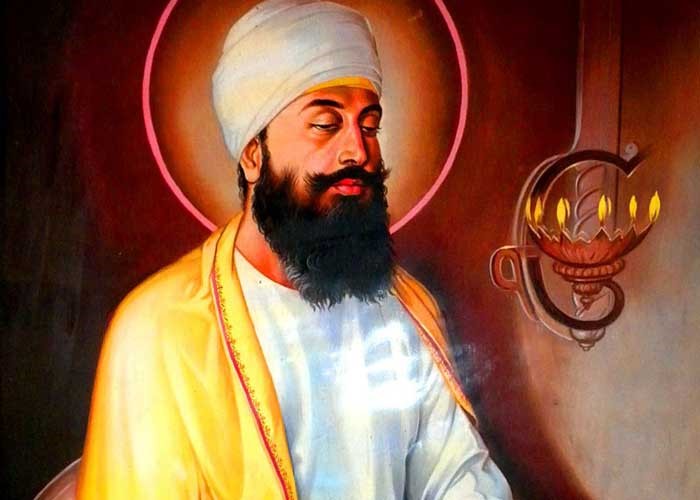 Pandit Kirpa Ram Datt told Guru Tegh Bahadur Ji about their predicament and the threat they faced. The Guru began to consider an effective option to the Pandit issue. Which is when the Guru’s 9-year-old son, Gobind Rai (later known as Guru Gobind Singh Ji), walked into the room. He became aware of the severe nature of the issue in the room, as well as the fact that their father was immersed in meditation.

When he questioned his dad what was going on, Guru Tegh Bahadur Ji responded, “Unless a holy man sacrifices his life just for sake of these impoverished Brahmins, there really is no way for them all to evade Mughal persecution.” “Highly regarded father, who else can be more deserving about this than you?” said the young Gobind Rai. Guru Tegh Bahadur greeted his son, emotions of love and delight streaming down his cheeks. “I was just worried for your life, my beloved son, because you are still too young.” “Father, depart me to Lord and face the Mughal challenge,” Gobind Rai answered.

Guru Tegh Bahadur Ji instructed the Pandits to notify Aurangzeb that only if Guru Tegh Bahadur changed first, the Brahmins will joyfully embrace and welcome his religion. Guru Tegh Bahadur began preparing for his voyage to Delhi, which might be his final trip on this planet. It was his last departure, and then he said his farewells to his relatives and supporters. He named his son Gobind Rai as another Guru once he went. Bhai Mati Das, Bhai Dyala, and Bhai Sati Das followed the Guru, because they were completely aware of the peril they were about to face. When Aurangzeb learned of this, he ordered Guru Tegh Bahadur Ji to be arrested right away.

Aurangzeb became enraged and demanded to know why the Guru was worshipped as the Guru and referred to as “Saccha Paadshah.” He requested that the Guru execute a miraculous to demonstrate that he was genuinely a Guru or Prophet. Aurangzeb was chastised by the Guru for his harshness and oppression of people of different religions. “Sanaatana Dharma may not have been my religion, and I may not trust in the superiority of Veda or the Brahmins, either in idol worship, caste, shrines, or other rituals,” the Guru said, “however I would defend the right of all Sanaatana Dharmis to live honourably and practice their beliefs as per to their own rituals and practices.”

From Guru Teg Bahadur to Aurangzeb, it was a direct challenge. So, in an attempt to persuade Guru Teg Bahadur to convert to Islam, he tormented him but ended in failure, and in anger, he assassinated him near Chandni Chowk, Delhi, where a Gurudwara Sis Ganj Sahib now exists in his honour.

Guru Tegh Bahadur Ji was subjected to severe torture and was imprisoned in an iron cage like that of an animal. He couldn’t eat because he was hungry. Bhai Mati Das, the devout Sikh, was chained between two pillars and sheared into two parts alive right well before Guru’s eyes. Bhai Dyala was slain by being put live it in to a cauldron of boiling hot water. Bhat Sati Das was burned after being wrapped in cotton wool. All of these harsh acts were accepted by the Guru sans flinching, and he exhibited no symptoms of wrath or grief.

In Anandpur Sahib, a Sandalwood charred corpse was built on the 16th of November 1675. Guru Tegh Bahadur Ji’s head was burnt by his son Guru Gobind Singhji.

Never before in known history has a ruler of one faith given his existence to save and defend the believers of some other religion. He is renowned as “Hind di chaadar” since he gave his life in order to safeguard Hindus from his oppression.