Why did Guru Gobind Singh have more than one wife?

Why did Guru Gobind Singh have more than one wife?

Some authors who’ve been unfamiliar of Sikh society gave the false notion that the Guru had more than one spouse. Though they later  acknowledged the documents that indicated the Guru’s several marriages and depicted it as a royal act. Royals, rulers, and other powerful persons in those days had multiple wives as a sign of their greatness and superiority over the ordinary citizen. In their perspective, Guru Gobind Singh was right in having more than one bride because he was a real king. This is apparently not the case.

Engagement, marriage, and Muklawa are the 3 most important rituals associated with marriage in Punjab. These three functions feature large crowds and music. In many cases, the engagement took place as soon as the person had reached adulthood. Even today exchanges at 8 to 12 years of age really aren’t uncommon in certain inner areas of India. The marriage is executed a couple of years after the proposal. After the marriage, it takes additional couple of years for the lady to settle in with her in-laws and reside there. This is known as Muklawa.

During this stage of the ritual, the bride is frequently given a dowry as well as other presents to assist her in establishing a new house. The marriage and Muklawa are now held on the very same day, but only when the couple are of legal age. At the occasion of the Guru’s engagement, a large suitable ceremony and other joyous events were performed at Anand Pur, as was customary. Mata Jeeto Ji, the bride, lived in Lahore, the capital of the Mughal rulers who had a tense relationship with the Gurus. So when time arrived for the wedding ceremony, it was not seen appropriate for the Guru to travel to Lahore with a huge group of armed Sikhs.

Moreover, it really would entail a great deal of travel and significant money, not to mention the hardship to the Sangat, both adults and kids, who longed to see the Guru’s wedding. As a result, rather than the Guru travelling to Lahore, Lahore was ‘brought’ to Anand Pur Sahib for the wedding, as described in the Sikh histories.

A beautiful spot a few miles to the north of Anand Pur was transformed into a lovely wedding camp. Guru Ka Lahore was the name given to this location. People are travelling to Anand Pur today to see this place. The bride was escorted to this location by her family, and the wedding was enjoyed with a large crowd in attendance. The two extravagant functions, one at the moment of engagement and another at the time of the Guru’s wedding, leaves the impression of two nuptials to outside attendees. 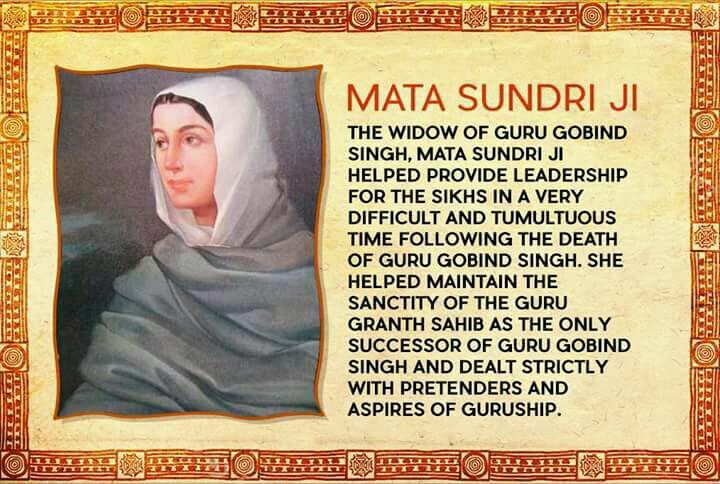 They had grounds to believe it because a new name, Mata Sundari Ji, was also present. In the Punjab province, it is customary for the bride’s inlaws to give her a new endearing name after the wedding. Mata Jeeto Ji was given the name Sundari (beautiful) by the Guru’s mother due to her exquisite beauty and appearance. Visitors were convinced that the Guru had two wives because of the different names & two functions. In fact, as previously stated, the Guru had one wife with two names.

Further reasons for such a confusion is that, according to a few Sikh legends, Mata Sahib Devan’s family had agreed to marry her to Guru Gobind Singh. The Guru was already married so when proposition was brought to Anandpur for deliberation. As a result, the Guru stated that because he was previously married, he cannot have another spouse. The problem for the girl’s family was that now that the proposal had been made public, no Sikh will be prepared to marry her. She was allowed to reside at Anand Pur by the Guru, but he refused to acknowledge her as his wife.

Since most women like to have kids, the issue emerges as to how she could even get one without getting married. “She will become the “mother” of a magnificent boy who will spend eternity and be known throughout the world,” the Guru said. Only when the Guru connected Mata Sahib Devan with making Amrit by bringing patasas did the people understand the deeper meaning of his remark. As a result, some authors regard Mata Sahib Devan as Guru Gobind Singh’s worldly wife because of misinformation.

As Bhai Har Bhagavan emphasised that his daughter had been raised as a Guru’s future wife and will not marry someone else, he obliged, but made it quite clear that she will stay a virgin for the entire life. The wedding held on april 15, 1700, in Anandpur. Mata Sahib Devan was declared the Khalsa’s mother by Guru Gobind Singh. Ever since, novitiates have declared oneself to be the sons and daughters of Guru Gobind Singh and Mata Sahib Devan. 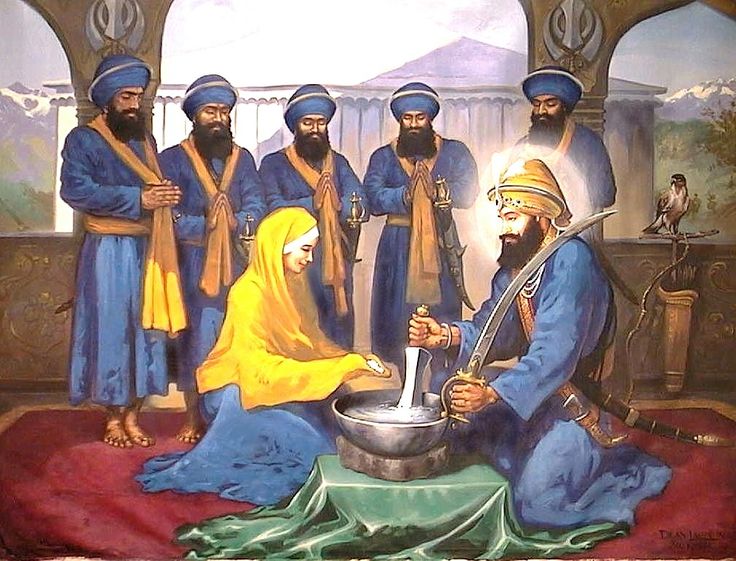 Mata Sahib Devan / Sahib Kaur Ji followed Guru Gobind Singh to Nanded, but she was compelled to return to Delhi and remain with Mata Sundari just before his demise in early October 1708. She carried five weapons with her from Nanded, which were claimed to have owned by Guru Hargobind. She oversaw the operations of the society from Delhi alongside Mata Sundari, as evidenced by some of the hukamnamas granted to sangats in her honor. Although the exact year of Mata Sahib Devan’s death is unknown, it is thought that she died prior Mata Sundari, who died in 1747

Mata Sahib Devan’s known hukamnamas contain dates ranging from 1726 to 1734, implying that she died somewhere between 1734 and 1747. In the grounds of Gurdwara Bala Sahib in New Delhi, there is a tribute to her that is near to the one to Mata Sundari. The weapons that she is claimed to have carried from Nanded are kept as hallowed relics in Gurdwara Rikabganj in New Delhi’s Parliament Street.

So, this was the actual story behind more than one marriage og Guru Gobind Singh ji.