Hiroshima Day: 10 details of nuclear bombings on Hiroshima and Nagasaki: 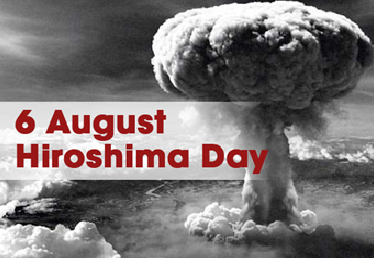 During the world war, the US dropped nuclear bombs on two major cities in Japan. It was the biggest tragedy in the human chain. More than 80,000 people were killed in the attack on August 6. According to reports, about 30 per cent of the people died immediately. After that, many people continued to suffer because of the radiation of the atom. The us had earlier bombed Hiroshima on August 6. And on August 9, another bomb was dropped on Nagasaki. Everyone’s soul trembles after learning about this massacre. The US was reportedly preparing to launch its third attack if Japan had not surrendered even after the second attack. Hiroshima Day is celebrated every year on 6th August.

Let us know some of the factors related to the nuclear attack in Japan:

– The bomb to be dropped on Hiroshima was decided only an hour ago.

– The name of the bomb dropped on Hiroshima was Little Boy. It weighed about 4000 kg. 65 kg was full of uranium and 10 feet long.

– The name of the bomb dropped on Nagasaki was Fat Men. The second time the atomic bomb was dropped weighed 4500 kg and was 11.5 feet long. The bomb contained 6.4 kg of plutonium which was more dangerous than uranium.

– Tell us that Hiroshima was the 7th largest city in Japan. Nagasaki was the head clock of the Goku army.

– Says the US has not apologized till date for the bomb-dropping decision. Former President Barack Obama is the first President to be attacked 71 years after the attack had travelled to Hiroshima.

– A cyclone struck a month after the attack on Hiroshima. About 2,000 people lost their lives.

-Hiroshima and Nagasaki are radioactive free today, which is a big deal. As both the bombs were blasted just above the ground.

-King Hirohitto of Japan surrendered before the US army after the August 9 incident. It was announced on the radio. At the same time, the Japanese first heard the king’s voice.