Do you Know? : Indian Flag 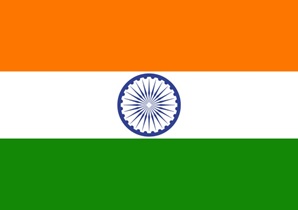 How the tricolour came into existence, take a look at this saga:

It is very interesting to know what changes our national flag has undergone from its inception. It was discovered or recognized during our national war of independence. The French Revolution and its slogans Freedom, Equality and Fraternity had a profound impact on Indian nationalism. In 1831, when King Ram Mohan Roy was on his way to England, he saw the French flag hoisted on a French ship. There were three colours in that too. The revolution of 1857 sowed the seeds of freedom in the hearts of the people of India.

In the twentieth century, when the swadeshi movement gained momentum, there was a need for a national flag. Sister Nivedita, a disciple of Swami Vivekananda, was the first to envisage it. Then, on 7th August, 1906, a rally was held in Kolkata to protest against the partition of Bengal in which the tricolour flag was hoisted for the first time. It changed over time, but when the British decided to leave India, the leaders of the country were worried about the national flag.

A Flag Committee was constituted under the Chairmanship of Dr. Rajendra Prasad and it was decided that the Flag of the Indian National Congress should be accepted as the national flag with some changes, it should be the tricolour and in the middle should be the Ashokchakra. The development of Indian National Flag has been a long way to reach this form today. In a way, it reflects the political development in the nation. Some of the historical milestones in the development of our National Flag are as follows:

* The first National Flag was hoisted on 7th August, 1906 at Parsi Bagan Chowk (Green Park), Kolkata. The flag was made of horizontal stripes of red, yellow and green.

The second flag was unfurled by Madame Cama in Paris and some revolutionaries deported with her in 1907 (some say in 1905). It was also similar to the first sound except that it had only one lotus on the top bar but seven stars represent saptarishi. The flag was also displayed at the Socialist Conference held in Berlin.

The third flag came in 1917 when our political struggle took a certain turn. Dr. Annie Besant and Lokmanya Tilak unfurled it during the domestic governance movement. The flag had 5 red and 4 green horizontal stripes one after the other and seven stars on it in the saptarishi’s abhivinas. On the left and upper edge (towards the pole) was the Union Jack. There was also a white crescent and star in a corner.

During the All India Congress Committee session, which was held in 1921 at Bejwara (now Vijayawada), a young man from Andhra Pradesh made a flag and gave it to Gandhiji. It was made of two colours. Red and green which represent two major communities i.e. Hindus and Muslims. Gandhiji suggested that to represent the rest of India’s community, it should have a white belt and a moving spinning wheel to indicate the progress of the nation. The year 1931 is a memorable year in the history of Dhwaj.

A resolution was passed to adopt tricolour as our national flag. This flag, which is the ancestor of the present form, was saffron, white and in the middle with the charkha, which was followed by Gandhiji. It was very specific that it had no communal significance and was to be explained as follows. On July 22, 1947, the Constituent Assembly adopted it as a free Indian National Flag. After independence, its colour and importance remained. Only in the sound was the dharma chakra of Emperor Ashoka shown in place of charkha. Thus, the Tricolour flag of the Congress Party eventually became the tricolour of independent India.

The upper bar of the National Flag of India has saffron colour which shows the strength and courage of the country. The white strip in the middle symbolizes peace and truth with the dharma chakra. The lower green belt reflects fertility, growth and purity of the land. Ashoka Chakra or Dharma Chakra is called the chakra of law which is taken from the Sarnath temple built by Mauryan Emperor Ashoka in the third century BC. The meaning of displaying this cycle is that life is moving and stopping means death.

This tricolour is a free country in the country.