Satinder Sartaj is a Sikh Sufi singer, songwriter, philosopher, and actor who has worked in the Punjabi film and music industries. His hometown is Village Bajrawar, Hoshiarpur, Punjab, where he was brought into the world on May 18, 1982. He stands about 5’6″ tall. He attended Government Primary School, Bajrawar, Hoshiarpur, and graduated with honours from Govt. College, Hoshiarpur, with a degree in music. In addition, he earned a 5-year vocal and instrumental diploma at Sangeet Vishard in Jalandhar. Satinder then moved to Chandigarh to pursue his Masters in Musical and M.Phil. as well as PhD. at Punjab University.

Sartaj is known for his sufi singing style and you can feel that essence of Punjab in his songs he put his soul into his music. Most of the singers of Punjab consider him as their ideal still Satinder Sartaj often says that he is not perfect that’s the beauty of him and shows his kindness. He is someone who still uses and try to spread awareness through his songs about Gurmukhi traditional Punjabi language as youngsters are barely aware of it. Along with that he is among very rare singers who’s highly educated in music field. Sartaaj has also completed a validated Persian language course and a diploma qualification. Satinder Sartaaj may have come from a farming family.

Satinder Sartaj is a singer, songwriter, and philosopher from India. Satinder Pal Singh is his actual and complete name. He was birthed in Bajrawar, Hoshiarpur, Punjab, India, on August 31, 1982. He performs in Punjabi the majority of the time. Satinder has also acted in films. In 2009, he started his career with the track Ibadat. 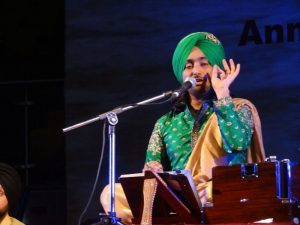 He performs in his own flair, Punjabi heritage is alive and well in his compositions, his sufi beliefs run deep in his lyrics, and everyone becomes lost in his creation. Everybody is captivated to their chairs when he begins MEHFIL. Satinder Sartaaj was born in the village of Bajrawar in the district of Hoshiarpur (Punjab eastern). Satinder was enthralled by the tune flowing from the roaming folk singers’ flute and sarangi as a kid while growing up in the tranquil village. “I began practicing at the Bal-Sabhas since I was in Grade 3rd and this led to the introduction of my trip!” he adds, recalling his education in his native village and neighbouring areas Chabbewal and Patti. Following that, he enrolled at a government college to complete his education.

After the release of his track Sai, he became well-known. Satinder also performed on stage in a number of nations. In 2017, he made his film debut as Maharaja Duleep Singh in The Black Prince. He was born and raised in the Punjabi town of Bajrawar, in the province of Hoshiarpur. He attended Government Primary School (GPS) Bajrawar for his education, then Government College Hoshiarpur and Punjab University, Chandigarh for his college education. 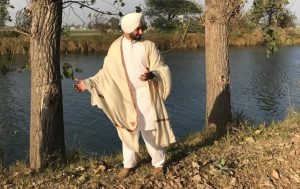 “Sufi Music links me with God,” Sartaaj adds, adding that he has just acquired a taste for poetry, and therefore it is now as much about poetry than almost anything else. Sartaaj, a passionate admirer of nature, has devoted so many of his pieces to it since he was captivated to the majesty and scent of blossoms, rainbows, and the serene flow of water producing rhythmic patterns from the start. Though he was too young to comprehend the innate joy obtained from natural events, his desire to learn more about them gave rise to spiritual and sufiana notions in his mind, which eventually influenced his professional decision.

Sartaaj has a long list of accomplishments, including appearing in a feature on Sayyad Waris Shah’s life on Zee Punjabi in 2003. He was also a featured artist on Anu Kapoor’s Zee Antakshri programme. He is the recipient of a scholarship in Sufi song from the Indian government’s Department of Culture. In the 24th All-India Light Vocal Contest, he came in second place. He was named President of the Punjab Heritage Foundation in Patiala. He got countless invitations to judge music contests from different institutions, schools, and organizations. Satinder Sartaaj and his band have performed numerous live concerts in Punjab, Chandigarh, Delhi, and other regions. 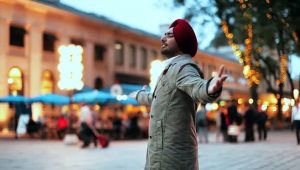 In his twenties, Sartaaj sought a professional musical journey. He previously asserted that he had been a farmer who had no desire to pursue a career as a musician. In 2008, he received his major breakthrough when he was scheduled for a show in Toronto, Ontario. The organisers of the show had watched him sing on YouTube and desired him to sing for the Punjabi-Canadian crowd.

His popular song “Sai” catapulted him to fame. Ever since, his fame has continued to grow within the Punjabi diaspora, with his performances taking place in a variety of places throughout the world. In 2017, he had his cinematic debut in The Black Prince as Maharaja Duleep Singh. In Punjab, Sartaaj began singing majlis (performing next to small groups) in 1999. 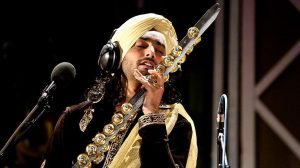 Sartaaj was named Best International Act at the Brit Asia TV Music Awards in 2011. (BAMA). Sartaaj made his feature debut in the United States with the lead part in The Black Prince, a historical biography of Maharaja Duleep Singh that was released on July 21, 2017. 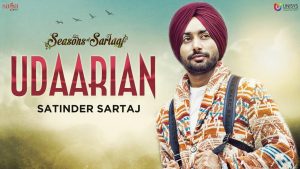 Sartaaj appeared at the Royal Albert Hall in London, United Kingdom, on May 2, 2014. In 2018, he released the single “Udaarian,” which featured Raj Shoker and was a tremendous hit, with over 200 million youtube views. For Udaarian, he was named “Best Lyricist” at BAMA 2017 and “Music Video of the Year” at BAMA 2018.