Amrit Maan is a popular Punjabi singer and songwriter from India. He was birthed in Goniana Mandi, Bathinda, Punjab, India, on April 14, 1992. Amrit is well-known in the Indian Punjabi entertainment and media industries. He made his acting debut in the Pollywood film Channa Mereya in 2017 and as a vocalist in the 2013 film “Goriya.” Amrit began his acting career in Pankaj Batra’s famous drama film. 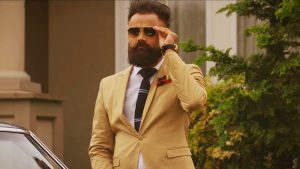 With muchh te Mashook and Desi Da Drum, he had a lot of success in the Punjabi music industry. In 2017, Amrit achieved his first mainstream breakthrough of the decade with the group DJ mix song Peg di Waashna. He collaborated on around 20 to 25 famous singles in a row. His most recent achievement was winning the Punjabi Music Award for Best Duo/Group.

Amrit Maan was born in Goniana Mandi, Bathinda, Punjab, on April 14, 1992. Aries is his zodiac sign. 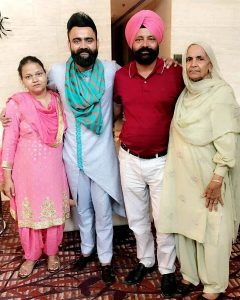 Maan received his education in Bathinda. Swami Vivekanand Institute of Engineering & Technology, Ramnagar, Banur, Mohali, awarded him an M.Tech in Software Engineering. He was a typical student who had always aspired to work in the entertainment sector. Throughout his college years, Amrit was involved in extracurricular activities such as anchoring, dancing, and singing at the campus’s yearly festival. He used to create songs, and on the encouragement of a friend, he performed one of them at a college gathering, receiving a standing ovation. He chose to make a profession out of it at that point. Amrit had a mediocre academic record. He used to participate in hosting, dancing, and music contests at his college’s annual fests.

Amrit used to write songs as a hobby, and on the advice of a friend, he performed one of them at a college occasion. His performance was favourably welcomed by the audience, and as a response, he chose to continue a career as a songwriter. Amrit Maan comes from a middle-class background in Goniana Mandi, Bathinda.

In 2015, he became recognised thanks to his mega popular song “Desi Da Drum.” Among his most famous tunes include “Muchh Te Mashook,” “Kaali Camaro,” “Shikaar,” “Peg Di Waashna,” and “Trending Nakhra.” Amrit Maan is also known for his hairdo, and many people admire it. 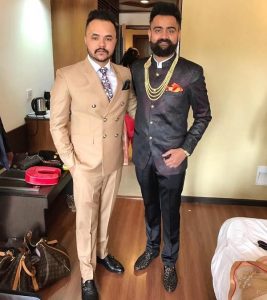 Due to his uncommon beard and moustache look, he is popular among teens. Amrit enjoys animals and has a puppy named Pablo. In hia family he’s close to everyone mother, father , brother and grandmother though he recently lost his mother and he misses her a lot as he mentioned about her in a show “Dil Diyan Gallan”  wherein he also mentioned about his girlfriend though her identity is hidden yet.

In a recent conversation with Sonam Bajwa in the show on ZeePunjabi Dil Diyan Gallan, Karan Aujla was asked to play a game in which he had to play along with question and answers by giving honest answers, so when questioned about Amrit Maan that what he would like to acquire from Amrit Maan to which hereplied “NOTHING.” Amrit Maan couldn’t resist him from responding after seeing the conversation, so he took a picture of him and captioned it, “Kal de jawak reply bhaalde, Muccha di growth di dawai bhalde.” 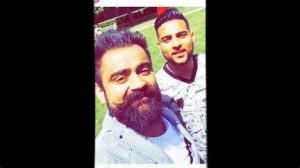 Amrit Maan, like many other Punjabi musicians, is currently embroiled in a new scandal. His gangsta track ‘COMBINATION’ was the source of the controversy. He was accused of using a large number of weapons, which had an adverse influence on the kids. Nanak Singh, SSP Bathinda, later indicated that he has yet to receive a copy of the accusation and that he will investigate it once he receives it.

Amrit Maan began his professional career as a songwriter in 2014, when he wrote the lyrics for Nachhatar Gill’s Punjabi track Singh. In the same year, he composed the lyrics for Diljit Dosanjh’s track Jatt Fire Karda, which helped him gain fame. With the song Desi Da Drum, he had his singing debut in 2015. Within a few days after its debut, the song had surpassed a million likes. Muchh Te Mashook, Kaali Camaro, Shikaar, Peg Di Waashna, and Trending Nakhra were among the Punjabi songs he released later. In 2017, he collaborated with Jasmine Sandlas on the track Bamb Jatt. He began acting in the film Channa Mareya that year. 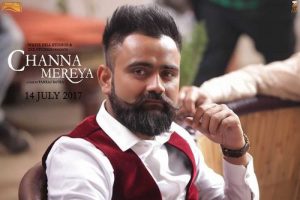 Most of the songs of Amrit maan are related to gangsta or gangsta love story and the reason they are loved by audience is the royality he shows in it so people love to relate with such songs. Though he had also released many romatic songs which are equally loved by people.

He is among few of the singers who write lyrics themselves for their songs and he also had written lyrics for other singers.