The Government Museum and Art Gallery, Chandigarh, is a leading North India museum with collections of Gandharan sculptures, sculptures from ancient and ancient India, and Pahari and Rajasthani miniature paintings. It exists due to the partition of India in August 1947. Before the partition, most of the art collections, paintings, and sculptures here were housed in the Central Museum, Lahore, the former capital of Punjab. The museum has the largest collection of Gandharan art objects in the world.

Following the separation, the division took place on April 10, 1948. Sixty percent of the goods stored by Pakistan and 40 percent of the collection dropped in the Indian subcontinent.

The museum was opened on 6 May 1968 by Dr. M. S. Randhawa, the former Chandigarh High Commissioner.

The Government Museum and the Art Gallery are housed in a collection of artifacts found in the Lahore Museum during the partition of India.  The building was designed by Swiss-born French architect Le Corbusier and fellow architects Manmohan Nath Sharma, Pierre Jeanneret, and Shiv Dutt Sharma.  The design was completed between 1960-62 and construction took place between 1962 and 1967. It is one of three museums designed by Le Corbusier, the other two in Sanskar Kendra, Ahmedabad, and the National Museum of Western Art, Tokyo. 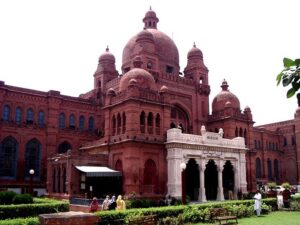 The building is a museum and art gallery that regularly conducts art acquisition programs for expansion. Considered a means of conveying information to the Second Five Year Plan and the National Education Policy, it serves as a unique resource for regional culture and history. Containing an important collection of Gandhara sculptures, small Pahari paintings, and contemporary Indian art, it is frequently visited by tourists, artists, scholars, and students.

Researchers, architects, and scholars of Le Corbusier and Modernization also visited the building and its surroundings. A collection to study its architectural values ​​as it represents a series of museums designed by Le Corbusier. An exterior entrance, a door with metal panels, immovable furniture, display systems, and carved concrete gargoyles symbolize the existing style of Chandigarh architecture. Pictured in the museum reception by one of India’s leading artists, Satish Gujral adds color to the exposed concrete structure. 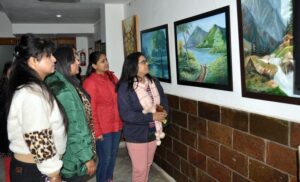 The museum library is a rich repository of textbooks on art, architecture, and art history. A special section is dedicated to Drs. M. S. Randhawa, containing a record of his Chandigarh-making books, available to experts on digital translation. The adjoining hall serves as a teaching hall for extended museum activities such as lectures, film screenings, and cultural events. The interior details of the hall represent the Orthodox tradition introduced in Chandigarh by Le Corbusier.

The museum serves as a repository for regional cultural history. It is open to the public from Tuesday to Sunday, from 10:00 AM to 4:40 PM, and is closed on Mondays and national holidays. The entry ticket is ₹ 10 and the camera ticket is ₹ 5. It has free admission for organized school groups and adults. Aids such as wheelchairs are provided. The hall is available at a low cost for cultural and educational events as it is also an exhibition hall for temporary art exhibitions.

The beginning of the collection can be traced back to the partition of India in 1947 when 40% of the Central Museum collection, Lahore became a national share. An important part of this assignment was the sculpture of Gandhara. The collections found in April 1949 from Pakistan were first housed in Amritsar, then Shimla, Patiala, and finally transferred to Chandigarh when the museum was launched in 1968. In time, Drs. art, so that by the time the collection was exhibited in the present building designed by Le Corbusier, it would now be the equivalent of the best museums in North India. The collection can be divided into the following categories: 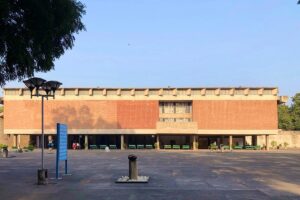 The museum contains 627 paintings of Gandharan, all of which were found in the Lahore museum during the division. The museum has the second-largest collection of art objects in India, behind the Indian Museum in Kolkata.

The museum has many different images of the Buddha. In some images, the Buddha has long open hair, while in others it has a locked beard with curly hair.